Elliot Rodger went on a shooting rampage in Santa Barbara, California. He is son of Peter Rodger The Hunger Games

assistant director. He was raised in the movie culture of Hollywood. His writings say so much about the values he learned from movies and violent video games


The 22-year-old wrote that “the ultimate evil behind sexuality is the human female.” He added that they “think like beasts” and “should not have the right to choose who to mate and breed with.”

In his perfect society, Rodger would be the Earth’s “divine ruler,” where he would quarantine all women in concentration camps and then starve them to death.

In his own words:

Mena: I dont understand how sex is so overrated and so important to people that they think to such extremes....Anyway it is hollywierd, this young man was not raised right, and even as a young adult he finds it difficult to think logically!!!!

Posted by Mena UkodoisReady at 13:18 3 comments:

An online prank or was there really a black Queen in the United Kingdom?

Black history claims this but....you be the judge; 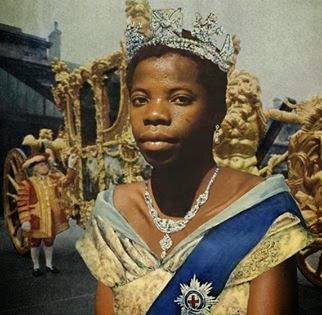 Their were conditions in the contract for marriage, ‘The young princess, join the Anglican church and be married according to Anglican rites, and never ever involve herself in politics’. Although the Queen had an interest in what was happening in the world, especially the war in America, she fulfilled her marital agreement. The Royal couple had fifteen children, thirteen of whom survived to adulthood. Their fourth eldest son was Edward Augustus, Duke of Kent, later fathered Queen Victoria.
Queen Charlotte made many contributions to Britain as it is today, though the evidence is not obvious or well publicized. Her African bloodline in the British royal family is not common knowledge. Portraits of the Queen had been reduced to fiction of the Black Magi, until two art historians suggested that the definite African features of the paintings derived from actual subjects, not the minds of painters.


In Queen Charlotte’s era slavery was prevalent and the anti-slavery campaign was growing. Portrait painters of the royal family were expected to play down or soften Queen Charlotte's African features. Painters such as Sir Thomas Lawrence, who painted, Queen Charlotte in the autumn of 1789 had their paintings rejected by the royal couple who were not happy with the representations of the likeness of the Queen. These portraits are amongst those that are available to view now, which could be seen as continuing the political interests of those that disapprove of a multi-racial royal family for Britain. Sir Allan Ramsey produced the most African representations of the Queen and was responsible for the majority of the paintings of the Queen. Ramsey’s inclination to paint truer versions of the Queen could be seen to have come from being ‘an anti-slavery intellectual of his day. The Coronation painting by Ramsey, of the Queen was sent out to the colonies/commonwealth and played a subtle political role in the anti-slavery movement. Johann Zoffany also frequently painted the Royal family in informal family scenes.

Queen Charlotte was a learned character, her letters indicate that she was well read and had interests in the fine arts. The Queen is known to have supported and been taught music by Johann Christian Bach. She was extremely generous to Bach’s wife after Bach’s death. Wolfgang Amadeus Mozart, at aged eight dedicated his Opus 3 piece to the Queen at her request. Also an amateur botanist, Queen Charlotte helped to establish Kew Gardens bringing amongst others the Strelitzia Reginae, a flowering plant from South Africa. The Queen who had the first one in her house in 1800 introduced the Christmas tree to England. It was said to be decorated with, ‘sweetmeats, almonds and raisins in papers, fruit and toys. Also the Queen Charlotte Maternity hospital was established in London. Set up as a charitable institution, it is the oldest maternity care institution in England.

Queen Charlotte died on November 17, 1818 at Dutch House in Surrey, now Kew Palace, in the presence of her eldest son, the Prince Regent. She is buried at St George’s Chapel, Windsor. The only private writings that have survived are Queen Charlotte's 444 letters to her closest confidant her older brother, Charles II, Grand Duke of Mecklenburg-Strelitz. On 23 May 1773 in a letter, the Queen felt she was in a position of privilege yet a task. Her Christian faith was a protection and a method of endurance, as she quotes from the Bible and recognizes her role as a royal of God beyond her royal role on earth. An exhibition took place in 2004, at the Queen’s Gallery, Buckingham Palace displaying Charlotte and George’s collections and tastes in the arts. Queen Charlotte was the great great-great grandmother of the present Queen Elizabeth II who still lives in the expanded Buckingham House, now Buckingham Palace. Kew gardens still flourishes and is always being expanded, also the Queen Charlotte maternity hospital and many other places still carry her name in honor globally such as Charlotte town, Canada and Fort Charlotte, St Vincent, West Indies.
Posted by Mena UkodoisReady at 16:26 2 comments:

Deny housing to Blacks.... they “smell, and attract vermin,”

Kareem Abdul-Jabbar,  former NBA all-star, who played for the Milwaukee Bucks and L.A. Lakers from 1969 to 1989,  has no sympathy for Sterling. 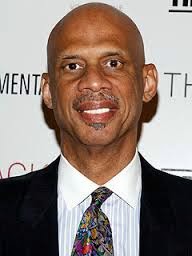 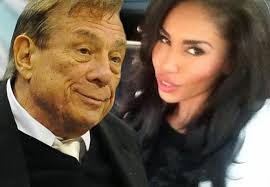 But he is upset that everyone is acting so surprised, noting that the NBA owner has said offensive comments in the past and has been sued over both housing and employment discrimination.

Abdul-Jabbar, in an op-ed piece in TIME attacked the collective outrage emanating from America’s media over Sterling’s aremarks to his girlfriend, calling the publication of a private conversation “sleazy” and wondering why earlier, more public manifestations of racism failed to shock those such as Al Sharpton, and the NAACP.

Abdul-Jabbar explains that we’re witnessing a veritable “finger-wagging Olympics . . . all over the latest in a long line of rich white celebrities to come out of the racist closet.”
“Yes, I’m angry, too,” Abdul-Jabbar admits, “but not just about the sins of Donald Sterling. I’ve got a list.”
That list includes Sterling’s girlfriend, V. Stiviano, whose voice is heard on the racially-loaded tape and who likely set the Clippers’ owner up.

“Man, what a winding road she led him down to get all of that out,” he mocked. “She was like a sexy nanny playing ‘pin the fried chicken on the Sambo.’ She blindfolded him and spun him around until he was just blathering all sorts of incoherent racist sound bites that had the news media peeing themselves with glee.”

And speaking of the news media? “They caught big game on a slow news day,” Abdul-Jabbar explained, “so they put his head on a pike, dubbed him Lord of the Flies, and danced around him whooping.”

He wonders why everyone is acting so surprised, noting that the NBA owner has said offensive comments in the past and has been sued over both housing and employment discrimination.

The NAACP “did nothing” after Sterling was forced to pay a staggering $3 million fine for denying housing to Blacks, saying they “smell, and attract vermin,” Abdul-Jabbar noted. They were even going to present Sterling with an NAACP award on May 15th, with the Rev. Al Sharpton on hand. “Suddenly he says he doesn’t want his girlfriend posing with Magic Johnson on Instagram and we bring out the torches and rope. Shouldn’t we have all called for his resignation back then?”

Abdul-Jabbar is correct, but it is worse than that. The NAACP accepted multiple grants from the Donald T. Sterling Charitable Foundation and handed Sterling several “image awards” — despite full knowledge of his prior, massive fine for discrimination against Blacks in his slumlord housing.
Abdul-Jabbar, perhaps channeling his closet libertarianism, also blasted the fact that Sterling’s private conversation — however racist — was suddenly broadcast nationwide.

“Didn’t we just call to task the NSA for intruding into American citizen’s privacy in such an un-American way?” he asked, comparing the secret tape-recording to Mitt Romney’s embarrassing 47 percent remark, recorded without the then-candidate’s knowledge.
“The making and release of this tape is so sleazy that just listening to it makes me feel like an accomplice to the crime,” Abdul-Jabbar fumed. “We didn’t steal the cake but we’re all gorging ourselves on it.”

Mena: His views appears balanced and quite frankly can be used in comparison to some of the faux outrage and mass hysteria that occur in the online Nigerian community, where some sensational and possibly made up headline takes precedence over relevant issues.
Perhaps one day we will see the light.....