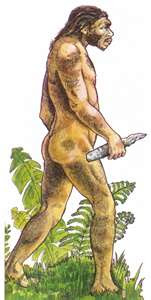 Today I introduce you to articles written about two great figures of history Mahatma Ghandi and Lord Lugard and thought to myself at least they had the balls to have it written down and stored forever for people like myself to find out what *possibly* could be the cause of intolerance, rejection and violent crimes all down to the racial structure of a person.

While many Arabs experience 'it' by being automatcally profiled as a terrorist, Africans experience it in all sorts of ways, the latest being a subliminal attempt to erase 'blackness for more acceptable mixed race' from most mainstream channels..I digress... as thats an argument for another day...Lets starts with Lugard, and continue with Ghandi in the second part.
Enjoy the thoughts and words of Lord Lugard

First a brief history; Frederick John Dealtry Lugard, 1st Baron Lugard GCMG, CB, DSO, PC (22 January 1858 – 11 April 1945), known as Sir Frederick Lugard Governor of the two protectorates. His main mission was to complete the amalgamation into one colony. Although controversial in Lagos, where it was opposed by a large section of the political class and the media, the amalgamation did not arouse passion in the rest of the country. From 1914 to 1919, Lugard was made Governor General of the now combined Colony of Nigeria.

Well one day he woke up, eat his two slice of bread served with english breakfast tea,and while sipping got the inspiration to write the following:

"In character and temperament, the typical African of this race-type is a happy, thriftless, excitable person. Lacking in self control, discipline, and foresight. Naturally courageous, and naturally courteous and polite, full of personal vanity, with little sense of veracity, fond of music and loving weapons as an oriental loves jewellery. His thoughts are concentrated on the events and feelings of the moment, and he suffers little from the apprehension for the future, or grief for the past. His mind is far nearer to the animal world than that of the European or Asiatic, and exhibits something of the animals’ placidity and want of desire to rise beyond the State he has reached. Through the ages the African appears to have evolved no organized religious creed, and though some tribes appear to believe in a deity, the religious sense seldom rises above pantheistic animalism and seems more often to take the form of a vague dread of the supernatural"


“He lacks the power of organization, and is conspicuously deficient in the management and control alike of men or business. He loves the display of power, but fails to realize its responsibility ....he will work hard with a less incentive than most races. He has the courage of the fighting animal, an instinct rather than a moral virtue...... In brief, the virtues and defects of this race-type are those of attractive children, whose confidence when it is won is given ungrudgingly as to an older and wiser superior and without envy.......Perhaps the two traits which have impressed me as those most characteristic of the African native are his lack of apprehension and his lack of ability to visualize the future."

Watch out for part 2
Posted by Mena UkodoisReady at 01:51

Well..his observations weren't far from the truth were they? If we planned for the future we wouldn't be this backward...

It may be painful to admit that he wasn't too far off the mark. Sad but true.

Shame but he was right.

Ginger, Wise Sage & Okeoghene. What you see today about us that makes you believe he was right, is from decades of psychological conditioning.
Just in case you are wondering what conditioning I'm talking about, here is an example of it at a significantly lesser degree; guy sees girl and wants nothing to do with her except sleep with her. Think of the lengths he will go to make her believe he has good intentions. Can you picture the devastation the girl lives with when he is done with her?

its really sad but we face reality in different ways...chizys-spyware.blogspot.com

this asshole and his people have done everything within their power to make us feel inferior and so many idiots believe he was actually right. why won't he be right when all his people did was to brainwash the african people that they have nothing to offer to the world other than their physical strength. i hope more africans see this and try to make sure they make a difference in their lives and those around them instead of sitting down and yapping "he's right"

This ajalahtravel person, do you live in blogsville?

THINK ABOUT IT and Ajalah travel, can you imagine in this day and age people would be co-signing what this rascist thought about blacks. I shake my head to see that self-inferiority and colo-menatality is alive and strong in this day and age. If people like Ginger, "Wise sage" and Okeoghene have no pride in self and can not defend themselves/ their pride, them selves as Africans(and am assuming they are fellow africans) then who do they think will do it for them???

Let's go easy on Ginger, Wise Sage & Okeoghene. We learn as we go. We just need to learn quickly to not accept everything at face value.

There is ample evidence from the literature that the black races around the confluence of the Niger were a highly evolved people before the whites arrived. Perhaps, if we had developed a system of documentation to remind ourselves of our 'real' heritage (not just arts and wars, but giant strides in social development and advances in appropriate technology), we would have recovered from the devastasting psychological trauma of colonialization, a la Jews after the Chaldeans, Roman Ceasers, Hitler, etc. Let's not cry over spilt milk, but begin to positively 'brainwash' ourselves in this generation, make every effort to publicize and reward our stars, and encourage each other to improve ourselves spiritually (read books, meditate on noble things). We will lose our 'slavery' mentality before long!

LOL @ anon that asked ajalah travel don't u know the meaning of ajalah travel? hmmn na she dey traavel pass oo so she is everywhere because she is an ajahlah travel :P

Just came to check this and laffing seriously. If we cant agree that our leadership has problems and that we the people are the cause (eg. voters sell their children's birthright (the future) because of N500 then pls stone me.

Suffering and smiling is a popular phrase in Africa. It is not in the western world cos your western counterparts are not as complacent...correct me if i am wrong.

its really sad but we face reality in different ways...chizys-spyware.blogspot.com