"THE SHIT LIST" I found this Interesting Read: What say you? 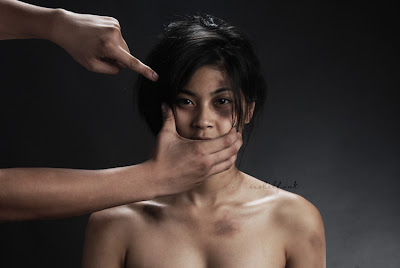 This picture just depicts my feelings that things are always quite different for women!!! Enjoy the piece though

So a commenter in the Chris Brown thread just pointed out that Janet Jackson was apparently banned from the Grammys a few years ago because of her nip slip at the Super Bowl. Two which my response is twofold: (1) What the holy fuck; and (2) Aren’t you SO GLAD that the term “nip slip” has left the general lexicon? Me too.

But really, Grammys? An extra half-inch of titty is “HELLO NO!” but a dude beats the shit out of his girlfriend and the Grammys are the victim?

Anyway, Chris Brown is the worst, but the worst thing about people who are the worst? There are so many other people who are also the worst that I didn’t even know about. And as soon as you write about someone who is The Worst, someone else is like, “Well what about X person who is equally terrible or maybe even WORSE? Why aren’t you writing about them?” To which I say, well, it was the Grammys and Chris Brown was right there on stage and so therefore it was timely, but there’s no reason to exclude mention of other Worsts. Some of them we’ve covered. Like Charlie Sheen. And Mel Gibson. And Roman Polanski. And Woody Allen.

But damn there are worsts I didn’t even know where worsts until today. Like Michael Fassbener? I don’t even really know who he is, but fuck him. And apparently I’m the only person on earth who didn’t know about this Sean Penn business, maybe because I was like four when it happened, or maybe because the entertainment industry just sweeps these things under the rug and looks the other way. And I’m sure there are so many other people who are equally The Worst. So let’s make a list, yeah?

Mena
Posted by Mena UkodoisReady at 09:52

Swear words aside, Mena, I believe some hard facts were mentioned in here.

Happy Vals to you too.

If there is anything for certain in or out of Nigeria, a woman's mistake is overblown but a man's mistake suddenly makes him a hero.

Happy Vals day to you

Truly said.
Mena tell me you didnt know Hollywood is the most patriarchal community of all? From females wages to attitudes towards nudity.
I'am actually surprised about the Janet Jackson ban after all naked female bodies is a movie only warrants a PG13 rating while prized 'balls' are oh not for innocent eyes.

I am sure you will love [url=http://www.us-karenmillendress.com/]karen millen outlet[/url] for gift

The picture you used is quite disturbing in my eye. Though i am aware that the picture is just a posed one. I just hate violence among women, that's it.

These are in fact great ideas in regarding blogging. You have touched some pleasant factors here. Any way keep up wrinting.