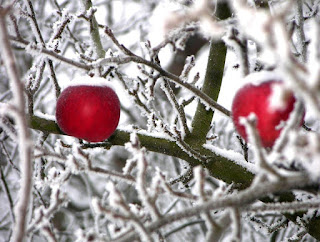 I read..a lot..to say the least, plus when online I read expansively, once in a while catching a gem in an article or a book...sometimes its not from the main theme, or the monologues or even the moral lessons. Its the little details that get to me. I read this a long time ago, it moved me and I saved it to be used at an appropriate time.

Now I realise there is nothing like 'appropriate time'

I learnt a lot from his article and I hope someone someday also gain something valuable from this great piece of work.

Enjoy Excerpts from the gifted Ike Anya's: 'People dont get depressed in Nigeria' I learnt a lot from his article and I hope someone someday also gain something valuable from this great piece of work.

I open the newspaper and the word ‘Nigeria’ catches my eye.  It’s a feature on the young British Nigerian novelist Helen Oyeyemi in which she speaks of her struggle with depression in her teenage years and the difficulty her parents faced with understanding it. ‘Because people don’t get depressed in Nigeria,’ she says. ‘They were like, “Cheer up, get on with it.”’
The black words sliding over the page carry me back in time to another place, where I too, like Helen’s parents, believed that people don’t get depressed in Nigeria.

I wake up to a clucking sound outside my bedroom window. It is guttural, low-pitched, and there is a rustling in the fields of guinea corn that stand sentry immediately outside our low-eaved modern bungalow. I walk to the window and peer through the grimy glass louvres, past the hole-ridden metal mosquito netting, and see a herd of cattle making its gentle, almost silent way through the fields.
I walk out into the living room that I share with the other occupant of the small two-bedroomed house set on the edge of the hospital compound and head for the bathroom. There I retrieve my battered metal bucket and head out to draw the water for my morning ablutions. At the well, there is a gaggle of young children, chattering rhythmically in Hausa as they deftly throw the black rubber guga into the well, hauling it up to fill the buckets and jerry cans surrounding it. As they see me make my way along the path lined with bowing neem trees, they shriek their greetings, laughing, excited.
‘Sannu, Likita, sannu.’
I am likita – Hausa for doctor – and I am twenty-seven years old, freshly qualified from medical school in southern Nigeria and posted to this small northern village for my national service.
One of the children rushes to grab my bucket and, despite my protestations, runs to the well to fill it up and deposit it back at my feet. I thank him and head back to the house, leaving the children to continue their chatting and fetching.I walk down the tree-lined mud path that leads from the grandly named staff quarters to the hospital, pausing on the way as I meet colourfully dressed and veiled women heading for the market in the next village, who greet me in the elaborate formal ritual of the Hausa culture.
Ina kwana . . . ina kwana, I echo as they enquire after my well-being, my work, my family.
Ina gajiya?
Ba gajiya.
Yaya aiki?
Da godiya.
We finish off with a madalla and I make my way along the low-ceilinged corridors to the clinic where, as usual, there is a large mass of people of all ages and sexes already gathered. Looking into the distance, I notice that work seems to have started again on the wall that is being built around the hospital by the Petroleum Trust Fund. It isn’t clear who has decided that this is what we need most – a generator to stop us doing surgery by lantern light might have been good, as would some equipment for Wilson’s fledging laboratory – but the contracts have been awarded in faraway Abuja and Kano, and so I suppose we must be grateful that the contractor at least seems to be making a good fist of building the wall, which is supposed to provide us with additional security. And he has employed local labourers to do it, so we must be grateful for that as well.
Muttering angrily to myself, I settle into my chair and ask Sani, the cheerful youth who, with his smattering of English, has bagged the role of interpreter, to summon the first patient. I hear him calling out a woman’s name, having first, with an air of self-importance, bid the crowd to be quiet and to listen well. I have soon learned that everyone who works in the hospital is highly revered in the village. We all, apparently, are called likita and there are rumours that the theatre cleaner, the hulking Kaka, runs a thriving sideline in low-price hernia surgeries performed after hours in his living room. Considering how bare the theatre itself is, his living room may perhaps not be that much more under-equipped for the purpose.

I ask them to come back in two weeks, fearful of giving a later appointment, just in case I have got the diagnosis wrong. I do not want to leave her for too long on medication she does not need. They leave the room the same way they came in, a ragged chain of three, her battered plastic slippers dragging on the rough concrete floor.
Two weeks later, I am sitting in the clinic again and my head is reeling.
Sani calls the next patient and she marches forward, her gauzy headscarf tied at a jaunty angle. She carries her toddler in her arms, cooing soothingly to him. Behind her is the bearded husband, a broad smile splitting his expansive face. As she takes her seat beside the consulting desk, he falls to the ground, wanting to grasp my feet in gratitude. I ask him to get up and laughingly begin to scribble on her sheet. I do not need to ask if the medicine has worked.Nearly a decade later, I sit in a white-panelled meeting room, beneath harsh, bright fluorescent lighting. I look out to the rooftops of west London, the arch of Wembley Stadium barely visible in the distance. My colleague responsible for mental-health provision is explaining the challenge of getting more people to use the new ‘talking therapy’ service for those with low-level mental-health problems. We have invested hundreds of thousands of pounds, but uptake has been slow.
As we debate how to address this, my mind wanders back to a small, bare consulting room, in a hospital in the northern Nigerian savannah, and I wonder how my patient is faring.

Mena: Again above are Excerpts from Ike Anya's: 'People dont get depressed in Nigeria'
I learnt a lot from his article and I hope someone someday also gain something valuable from this great piece of work. 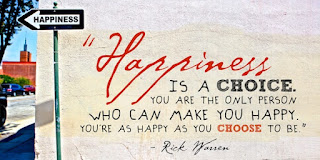 Posted by Mena UkodoisReady at 16:51