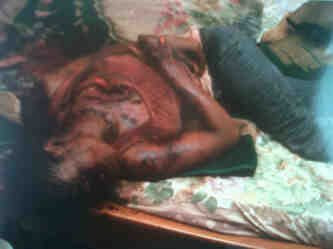 PUNCH METRO learnt that immediately after the incident, Akolade was taken to the Lagos University Teaching Hospital, Idi-Araba, Lagos, where he is still recuperating.

When our correspondent inquired from a medical doctor at LUTH, he said he could not disclose details of Akolade’s condition because he had to maintain doctor-patient confidentiality.

However, an employee of the hospital, who spoke to our correspondent on condition of anonymity because he was not in a position to divulge official information, said Akolade ingested a harmful acidic substance.

She said, “From the tests conducted, we discovered that Akolade took a substance with high acidic content.

“As I am speaking to you, he has just undergone a surgery because his stomach cannot retain solid food. So, we had to pass a tube through it so that he can eat.”

But the Public Relations Officer, Nigerian Prisons Service, Lagos Command, Mr.Chuks Njoku, denied such claims, saying that it was impossible for an inmate to get a toxic substance in custody.

He said, “The way the prison is run, I tell you that it is impossible for an inmate to get his hands on any harmful substance. The person in question (Akolade) is quite ill.

“We always search inmates before they enter or leave prison so there is no way he could have taken a poisonous substance. It is simply an allergic reaction. He just took something that he is reacting to.

“I was with him some days ago and he is responding to treatment.” 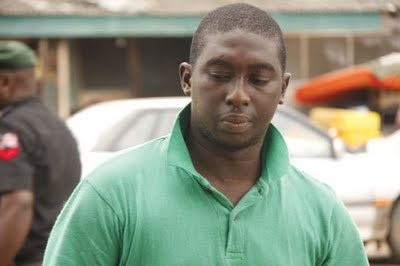 Meanwhile, the court hearing on the murder of Titilayo held on Friday has been adjourned till October 26. Akolade is being tried for alleged murder of his wife, Ttilayo, at a Yaba Chief Magistrate’s Court, Lagos.

The Magistrate, Mrs. Demi Ajayi, said the court was waiting for advice on its jurisdiction from the Directorate of Public Prosecution.

Addressing newsmen outside the court, the lawyer holding brief for the slain banker’s family, Mr. Nelson Ekoh, said the DPP had not been able to give advice because it had not received the victim’s autopsy report.

Ekoh added that the autopsy took very long because it had to be very thorough.

“The professor handling the autopsy at Lagos State University Teaching Hospital is doing it painstakingly in order to avoid any error and he confirmed to me that it is now ready,” he said.

However, the defendant’s lawyer, Mr. Olanrewaju Ajanoku, berated the slow pace at which the case was unfolding, adding that it could give room for manipulation.

He said, “If a person is alleged to have died in June, and the remains have been deposited at hospital since then, I’m surprised that the report is just getting ready. It is this delay that has handicapped the DPP, preventing it from giving advice to the court.

“Ordinarily, any corpse undergoes conclusive autopsy within a few days. So, why is this one different? In my own opinion, it gives room for manipulation.”

When asked why Akolade was absent in court, Ajanoku said he was very ill and was receiving treatment at a hospital.

Meanwhile, the Oyakhire family has decried the slow pace at which the autopsy of their daughter, Titilayo (Omozoje), is being carried out.

The remains of the 29-year-old banker, who was allegedly killed by her husband, Akolade, on June 24, 2011, had yet to be buried because of the delay in the autopsy report.

The head of the Oyakhire extended family, Mr. Shyngle Oyakhire, who spoke to our correspondent at their home in Ifako, Lagos, on Saturday, said the delay in the release of the report had prevented them from going ahead with the burial arrangements.

He said, “The autopsy is taking too long. I visited the Homicide Unit of the State Criminal Investigation Department, on Friday and the officer in charge told me that they had not yet received the autopsy report.

“The usual procedure is for the hospital to send the report to the police. The police will forward it to the DPP who will in turn give it to the court.

“But as at Friday, the report has not yet reached the police. It is agonising having our daughter’s corpse lying there at the mortuary. She ought to be given a final resting place.”

Hope the 'acid' was sent from loving fans

This is just so sad.

he tried to kill himself, he should have killed himself since now. I just pray that justice prevail because this our system is nothing to write home about.

I also wanted to ask how he got the acid. he should get better and face the justice.

i dnt feel sorry for him at all!!..he deserves to be in prison forever! he shld get well quick quick so he can go back to his cell.