HOW SHE GOT OUT OF AN ABUSIVE RELATIONSHIP:- AGREE OR DISAGREE WITH HER METHODS 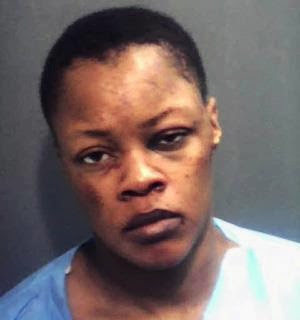 She has been suffering all manner of physical and psychological abuse since getting married 4 years ago. Of course, the once loving, dark night in shining armour suddenly became a monster…not necessarily over night. For 3 years, she took these ill treatment silent-slaps, kicks at the slightest provocation. Then this fateful day, after taking all the beatings as usual, she called her elder sister. She could hardly talk on the phone. Sensing something terrible may be happening to her kid sister, the elder sister rushed down-all the way from Dolphin to Isheri ,Magodo to ascertain what the matter was. What did she see; Black eye from previous beatings, bruises, belt marks, and fallen strands from her braids-all signs from the latest beating.

Her brother in-law was so rude and was in mood to speak with her. She stepped outside, made a few calls and went back into the living room. In less than 1 hour,a Toyo...ta Bus loaded with a few young men; some i...n and other spotting military camouflage.

In summary, the brother in-law ended up in a nearby hospital and later on in Igbobi Orthopedic hospital that evening having sustained severe dislocation of his right wrist, shoulders and ankle. The elder sister of the woman in question had called her siblings-all of them boys and one of them suggested they storm there to at least teach the guy a lesson…to which the elder sister gladly and promptly approved. And what a great lesson it was.

The guy spent two weeks in the hospital-with all the bills paid by the wife’s family. While on admission, the wife’s siblings went to his place of work to secure his job and gave his employers the full report of what transpired. He got some good briefing and debriefing when he got back to work in addition to being read the Riot Act on resumption after his forced leave.

It’s been one year after .The guy seems to have learned a good albeit indelible lesson. The wife still provokes him like any human being would do to another human being. The guy still reacts, but not with his hands, legs or belts.

He has learnt to talk and express himself verbally having known the implication of doing otherwise. But do we need such treatments for men to know that it is absurd to hit their wives no matter the provocation?

Do you agree with how the situation was dealt with? If not can you suggest a better way of addressing such situations?
Posted by Mena UkodoisReady at 06:05

At times it is better to try and learn a thing or two on your own than wait to be taught. Beware: The teacher may not be as lovely as the Holy Spirit whom the Bible says “would teach us all things”…Lol!

good for him! beasts only understand the language of beasts

THATS WHAT IM TALKING ABOUT. NIGGA SIT YO' ASS DOWN!!! DONT BE GOING AROUND BEATING YO WIVES!!

I am all for this method, abeg. The important thing is that it worked for her. For some others, it may boomerang.

A fan from terengganu said...

A fan from terengganu said...

A fan from Terengganu said...


Rather than wish Nigerians happy democracy day, I'll congratulate you for being a successful government to yourselves, family and community. Don't ask me why, but in case you wonder why, it's quite simply to understand.You build or rent a house and put a burglary proof, that has made you a police to your family. You dig a borehole to have steady water supply, that has made you a family water board. If you purchase a generating set, solar panel or inverter You have usurped the duty PHCN.. Alot of ppl ve died all in d name of Boko Haram and Terrorism yet u're still alive it shows u're d Chief of Army staff on ur own. Now tell me if that does not qualify one to be a governmentHAPPY SURVIVAL DAY FELLOW CITIZEN much luv<3Adenike

I totally agree. If not that the woman was his wife, and she'll need him to have a job, they should have made sure that he lost his job too. Very very very good for him. Animal. Next time, they should make sure he loses one eye completely. Devil's incarnate.
The lady was sharp. She didn't let it go on for many many years, but if I had taken this measure the FIRST time he did it, it would have been too sweet...
Everyday for the thief, ONE DAY ONE DAY, the owner must show face... Idiot of a man

This topic is not my turf as i did not grow up in an abusive household and currently don't live in one either.However,it's becoming more rampant or probably more reported than previously,women push buttons and boundaries constantly but you don't have to beat them or slap them around to get your point(s) across. If you can't deal,get out that's what i'll say!
-Warriboi in London vacationing in North America