KINDLY LEND YOUR VIEWS TO THE PSYCHOSIS V SUPERSTITION DEBATE 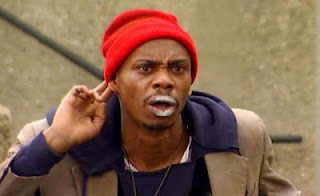 If we apply foreign standards of Mental Health like that of UK/US to Nigeria, over 50% - 80million people - would be sanctioned under the Mental Health Act, because they regularly profess to have personal unseen enemies and spirits, attribute most natural phenomenon to supernatural, are illogical and over emotional.
Little wonder that there is a higher than average percentage of Nigerian women in UK mental facilities.
If you tell an Oyinbo doctor that somebody is 'doing you' from your village, somebody stole your destiny, your enemies are pursuing you and the usual Nigerian African Magic, the doctor will most likely inject you with some mind-bending drug and the more you try to explain African Magic the likelihood is that the dosage will increase, confining you permanently in a mental institution!"

Over the last 30 years there have been 20 studies showing that people of Caribbean and African origin have an increased risk of being treated for serious mental illnesses such as schizophrenia and mania. The increased rate is of epidemic proportions - between five and 12 times greater than for white people. And if anything, it is getting worse.

On March 31 each year, a one-day census is carried out for all Britain's psychiatric inpatients, and the results of last year's census have just been published. Of the 32,000 people in hospital, those who defined themselves as black Caribbean and black African were over-represented by three- or fourfold. But one other group stood out - those who defined themselves as "black other". The vast majority of this group are young, British-born black people, and they were 18 times more likely to be in hospital than the British average.

It is always prudent to treat statistics with caution. Hospital admission reflects not only the amount of illness in a community but also the ability of the community to cope with that illness. For instance, in highly supportive, tight-knit communities, more people are treated at home. But it is hard to believe that this increased rate is not at least in part due to a true increase in the amount of illness. This is backed up by years of research and a recent international review, which concluded that migrants are more likely to develop mental illness. But the risk is doubled in black migrants to white countries, and the risk is increased again in their children. It seems that it is not about migration alone or being black - it is about being black in a white country. The rate of serious mental illness in the Caribbean and in Africa is not high, but the rate of mental illness in Britons of Caribbean and African origin is.

You can recover from a psychotic illness, but many people have long-term problems. The cost to the individual with a psychotic illness, to their family and carers and wider society, is immense. Most sufferers are unemployed and on benefit; there is an increased risk of suicide; life expectancy is lower; and their children are more likely to develop a mental illness and be taken into care.

Though we will not be able to prevent all psychosis, we should be able to prevent some of it. We know that psychotic illnesses are associated with poverty, poor education, racism, living in a city, poor obstetric care, head injuries or brain infection when you are young, childhood trauma, family break-up, and cannabis use. We know that targeting childhood and adolescence is important.

Prevention of mental illness in black communities is the sort of complex problem that should attract a high-level government inquiry that leads to action. I am used to hearing politicians say that doing nothing is not an option. This is an area where the phrase has real meaning. The high rates of mental illness in people of Caribbean and African origin are not going to go away. If anything, their legacy will blight a generation and the impact will be felt by us all.


SO What Sayeth thou to this views?

p.s Oyinbo: A slang to fondly describe anyone western, or from the first world, usually caucasian.

Posted by Mena UkodoisReady at 09:15

I BELIEVE IN GOD AND I BELIEVE THAT JESUS CAN SAVE. I BELIEVE HE HAS BEEN DOING IT FOR THOSE WHO ARE WILLING

This is a very intriguing post. From past, even before the advent of medicine, oyinbo saw our ancestors as people with no brains na. It is a carryover of what they do.

Mental Illness is difficult to define because you have to put ssocio-cultural environment of individual into perspective before giving somebody a diagnosis. Nevertheless, it can be defined as follows: Illness that involves disturbances of thought, experience, and emotion serious enough to cause functional impairment in people, making it more difficult for them to sustain interpersonal relationships and carry on their jobs and sometimes leading to self–destructive behaviour and sometimes suicide. It is a function of specific socio-cultural environment.

Like you rightly highlighted in the write up several research findings have shown direct association with mental illness and migration - http://www.ncbi.nlm.nih.gov/pubmed/17011719

It has also been observed that when black Africans develop psychosis, they need higher doses of Antipsychotics for resolution of symptoms, making Caucasians to think their psychosis could be more severe than that of average Caucasian - http://www.ncbi.nlm.nih.gov/pubmed/18710544

" Yesterday ,I witnessed a woman commit suicide. We just watched her deep in thought by the side of the road then closed her eyes and walked in to the road when she saw high speed cars coming.I looked back and saw her flying in the air.. She had been hit , she fell onto the wind screen then to the floor and lay still.She finally put a close to whatever problem pushed her to it and started another for an innocent driver"

and some of the comments in reply were intriguing including a couple statingthat she was heading to eternal damnation/hell. Mental Illness, Depression/ Acts of suicide are very difficult topics to discuss without attracting comments like hell, damnation, witchdoctors, demons, witches trampling on destiny, and voodoo etc.

Can one say the main factors are completely separate topics?

Funny how big an hour serving God looks and
how small 60 minutes are when spent
watching television, playing sports, sleeping
or taking a lunch break.

Funny how long a couple of hours spent at
church are but how short they are when
watching a good movie.

Funny how we get thrilled when a football
game goes into overtime, but we complain
when a sermon is longer than the regular
time.

Funny how we believe what newspapers say,
but question what the Bible says.

Funny how we cannot fit a gospel meeting
into our schedule with our yearly planner but
we can schedule for other events at a
moment's notice.

Funny how we look forward to that big date
on Friday night, but complain about getting
up for church on Sunday morning.

Funny how we are rarely late to work, but
always late to church.

Funny how we call God our Father and Jesus
our brother, but find it hard to introduce
them to our family.

Funny how small our sins seem, but how big
"their" sins are.

Funny how we demand justice for others, but
expect mercy from God.

Funny how much difficulty some have learning
the gospel well enough to tell others, but
how simple it is to understand and explain the
latest gossip about someone else.

Funny how we can't think of anything to say
when we pray, but don't have any difficulty
thinking of things to talk about to a friend.

Funny how we are so quick to take directions
from a total stranger when we are lost, but
are hesitant to take God's direction for our
lives.

Funny how so many church goers sing "Standing on the
promises" but all they do is sit on the premises.

Funny how people want God to answer their
prayers, but refuse to listen to His counsel.

Funny how we sing about heaven, but live
only for today.

Funny how people think they are going to
Heaven but don't think there is a Hell.

Funny how it is okay to blame God for evil
and suffering in the world, but it is not
necessary to thank Him for what is good and
pleasant.

Beloved, its no longer funny.
Make sometime for God in your life today!

Not fond of this article because of the opinions is presents are not factual.
i don't want to discredit them individually because that will take more of my employer's time.However,mental illness is real and we all have the capacity to become bipolar,schizos and maniacs....some of us can control those thoughts better than others while some use theirs to accentuate their existence.these are the 'eccentrics','weirdos'...etc
Anyway,nice read but will ask everyone to be aware that mental health issues are no longer an off topic or secret anymore,we have to discuss them in order to get a hold of early diagnosis and proper treatment.
-warriboi in london holidaying in North America