HOW WOULD YOU REACT IF YOU HEARD THAT I/SHE/HE DO NOT WANT TO HAVE CHILDREN..EVER?? 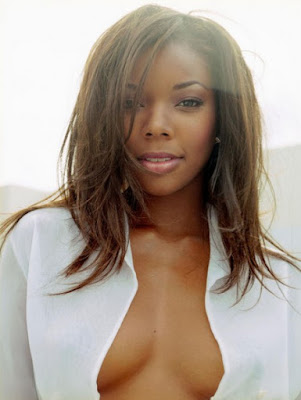 I’m 30 and not ready.
Just bought a house and enjoying being independent…waking up at noon, buying a new jacket, enjoy going on dates with my guy.
All my siblings had kids 35 and up.


Feel the same way and I am 38. I have known since I was eight that I would never be a mother. Some women are just not maternal, better to acknowledge that than pop out children that end up being unloved.

Having Children is a HUGE life changer! I think black women are pressured into to having babies young because of the misconception that it’s the norm. All my friends have children, mostly out of wed lock or serious committed relationships, and you know what the majority of them are miserable.
‘Nuff guys ask me why I don’t have kids and I simply reply that I haven’t met the right man, plus I am single as in not married, divorced or separated. Raising a baby by myself is not my idea of having fun.
I won’t settle for a baby father! Not saying that I have to get married but having a life partner is a goal. Women please don’t feel pressured to become a mother is you are not ready. Ultimately you are the one who will bear the most responsibility for that child, so make informed decisions about your life before it’s too late

I will not lie and say I dont think about children but its very possible that I will not have any and thats ok. I’m 30 and I think I rather enjoy my life without them. I can honestly say I dont want children

I think motherhood is an individual choice.Every woman honestly doesn’t have the=at maternal feeling and her feeling that way should be respected.I would rather a woman that can admit that rather than having them and not appreciating them…raising children is not something everyone is cut out for….

Ever since I could remember,I always told my parents i would bring them 10 children!!We stopped at 8,the smallest one a year old now.My husband now has a vasectomy so I won’t be having more,but i would if i could!!I could not see my life without them!!

I’m 30 and married but don’t know if I want children yetI’m not selfish but the world is hell, I’m not sure that I wanna bring a child into this place, and that is my honest concern.

There are MANY people who are horrible parents and should have NEVER had kids. I respect anyone who decides not to have kids, rather than give into pressure to have kids. They will only resent their children and that’s never good.

What is the problem with her not wanting to have kids?? People kill me with the “you less than a woman or selfish” comments when you state you dont want kids!! Why should I subject myself to something I dont want to deal with! If you love bearing and raising them, KUDOS to you! However, I, like Gabby, dont even think about children and to bring them into such a dysfunctional, mad mad world, is to each its own!! Me personally,I dont have that maternal instinct and I’m just fine with it! Oh and love the free spirit, extra money, and calmness that my life possess, sorry if you dont agree, but ummmm, I’m Happy and my sweetheart has kids so, no pressure from him either!! LMAO And glad to hear her struggles are mine….JUST WANT TO GET THEM BILLS PAID and plan my KID-FREE vacations!! lol

I am a Community Social Worker, Youth Leader and Coach and have dated and am dating a 'Yummy Mummy' who has two of her own. I don't mind raising kids that have manners and morals ingrained already in them too.That is a firm condition. There is no worse turn-off than someones brats. I have to becareful when dating to articulate my view and desire or lack thereof before negative perceptions enter peoples mind. I've been told I have good life mentoring, life coaching and fatherly traits too.

I've been around in circles of relatives and various demographics of people that have deemed it from selfish, responsible, honest, weird, gay, confusing, immature and some say mature. Some just say I haven't found that ideal woman because God made us to Pro-Create and multiply.

Others try and pyscho assess me and say there is something in my childhood of which I'm trying to compensate for now. I knew I did not want kids in my early teens. I admit I crave fine automobiles to drive as a passion on my bucketlist. But I love trips and personal selfish freedoms like sleep, eating and leisure with self accountability and no external parental responsibility and it's infringements.

As an Afro-Black Canadian of Caribbean descent, I seem like a minority among minorities who does not have a few Baby momma's. It's getting harder to date now at age 35 because women already have been distraught by males, have a litter or two of kids ,and those that don't have any.., most likely will want kids.

What do you think?

If my supposed says he doesnt want to have kids...he go try explain. And if the explanation is for selfish reasons...then I'll try the next man.

I want kids...biological and adopted. So I just have to get a partner who wants same.

You are wiser than your age. Well said dearie!