What about your males? 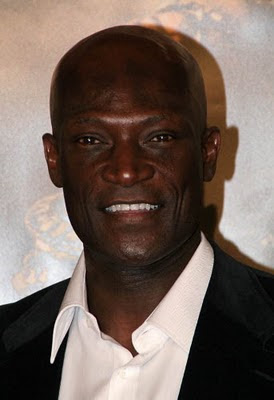 There’s something I’ve noticed about our society that drives me up the wall! I mean it really makes me steaming mad! This is the double standard that we portray and that double standard has managed to permeate our core, affecting the way and what we teach the next generation. This double standard presents itself in our expectations of and from boys and girls.

Take the issue of sexuality (which is my main focus here): we expect our girls to be virginal, decent, modest and pure while we give our boys the idea that all is well as far as they don’t give someone ‘belle’. Excuse me but what load of horse manure is that??!!

Why can’t we tell our daughters AND sons that premarital sex is not permitted by GOD? Why do we drum virginity and virtue into the heads of our daughters almost from infancy but leave our sons to their own devices, with a ‘boys will be boys’ attitude? When these boys become sexually active just who do you think they will be having sex with? But of course- the VERY SAME girls we have been trying to shelter: our daughters and sisters. That leaves the girls to lie and cover up their activities while the boys may very well brag about it. That is terribly unfair as it leaves the burden of chastity and self control FULLY in the hands of the girls! Any girl that ‘gives it up’ before marriage would then be regarded as ‘used’ while the boy who made her ‘give it up’ will be lauded and applauded for displaying his prowess and virility!

I have never heard a guy referred to as a ‘slut’ or ‘asewo’ even if he has the morals of an alley cat and sleeps with everything he can but those terms are liberally bandied about in reference to the girls. And do you know what? I am calling out the mothers and fathers of these boys on this issue! I am a mother to a son and as such included here. Some of our fathers smile and pat their sons on the back when they make their ‘first sexual conquest’, never once reprimanding them in the process. Indeed some fathers will even question their son’s sexual preference, worrying about their masculinity if they are still virgins at the age of 18! And mothers? Hah, we can be worse! If our son sleeps with a girl, we shrug and smile, saying with a chuckle ‘Haka ne…what do you expect? Is he not a man?’ Then we stand behind our sons and defend them even when they do wrong by a girl. “She’s the one who tempted him! My son is a good boy. SHE’s the bad girl- after all, if she agreed to sleep with him is she not cheap? No, leave my son alone!”

Then we wonder why our daughters sneak out and about and do what they want to do in the dark and then by daytime they act all prim and proper. Don’t believe me? Go to our universities and see. Many girls there have serious schizophrenic tendencies- acting one way at home and another when they are ‘set free’. I’m not excusing that behavior but I am saying that many times it is caused by a hypocritical and overly rigid attitude towards them from home. They are told one thing and see another being practiced.

People, wake the heck up! If you want a sexually moral society then you must insist on the same standards for ALL involved- regardless of gender! Now I realize that I may be in effect whipping a dead horse: “Hey” you may say “we’re living in the 21st Century and sex is the norm so quit with your moralizing! Besides, who is perfect?” I know, I know- I’m not moralizing here though: I’m just wondering why we are
so hypocritical about the issue of sex. I think it’s unfair to place the bulk of the burden on one group of people. There are too many conflicting messages being given to our kids – “do it – don’t do it”; “keep it-don’t keep it”, “zip up- use a condom”, “Just make sure you don’t come back home pregnant- getting someone pregnant” etc. That’s all fine and good if those conflicting messages come from outside sources but more often than not they come from those closest to these kids.

Our places of worship sometimes don’t help matters- “Women, your homes are in your hands! After all the Bible says that ‘the wise woman builds her home while the foolish woman tears it down with her hands’” they say with righteous indignation! Then some of these women go home loaded with guilt to their cheating husbands convinced THEY are the cause of their husband’s infidelity! ‘After all men will be men- all men cheat and it’s normal’ we say. Is it any wonder that these men cheat when all their lives they have been given license to do as they please- knowing full well that when they marry the entire burden of fidelity, chastity and the overall success or failure of the marriage will rest on their wives? Then these same men raise sons who will more likely than not end up with the exact same attitude.

Just come to your average ‘Bridal Shower’ and listen to all the advice meted out to the blushing (or not-so-blushing) Bride-to-be. “Hmmmm…make sure you keep your husband at home oh!”, “Make sure you deliver in your first year- make him happy with a child!”, “Make sure the house is spotless, kids quiet, food cooked and bedroom ready- never mind if you work full time” “Above all, at ALL times you MUST SUBMIT!” Now this advice is not bad at all in itself- my issue is this… Where is the husband-to-be at that precise moment? Most likely buying beer for his wildin’ out Bachelor Party!!!

Has any elder or Pastor or even his father bothered to sit him down and say “Look son, you have to be gentle and patient with your wife. Treat her with love and respect and show her you appreciate her. Help her out when she’s down and provide her with strong shoulders to cry on when she needs. Remain faithful to her and understand the fact that her body and appearance may change with childbirth. Then, my boy, you will see a Queen emerge and you won’t ever have to push her to get your way, to get her to submit.” How many men get that kind of advice? Many will hear their friends advise them to cheat on their wives and in some extreme cases, even beat them into submission! Oh yeah, that does happen!

There are specific roles we play but let me tell you the burden does not fall only on one gender! We cannot be the best wives and girlfriends if the men in turn are not the best husbands and boyfriends and vice versa! Morality, fidelity, respect are to be expected from both genders and not just one. Any philosophy that thrives on hypocrisy is sure to fall.

So people, let’s be fair, shall we? You can’t expect little Princess to be all pure and holy and turn a blind eye when Junior acts like a rabid barn animal on the loose! Rules and regulations and proper instruction should apply to all!

That is the nonsense society does. It spends time training the girls to be this and that and prim and proper...but leaves the men to their own devise.

Did I say man? my bad....we hardly have men these days...what we have are big boys.