Now I see it is a sin damnable to hell to be single at a certain age (This is one of my hardest, honest and incoherent (still feverish) blog til date) 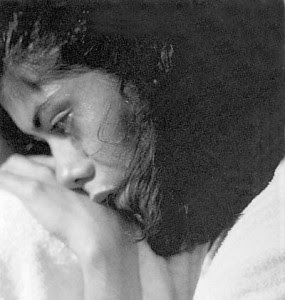 I came to Nigeria not full of hopes and dreams, I am more realistic than that, but with the hope that the things i had hoped for will work out.

First week was very hot (obvioulsy)due to the change in weather between Lagos and London.

First day I was sweating and had to get down to my chemise, my mum kept complaining i was risking pneumonia by being on the ac (air conditioning) all day.

Third day I was sreamed, shouted commanded out of bed and asked why i was not married, with no space for response I was told that i was too choosy, too picky, now too fat, too ugly, too shapeless, and so many other words, what I got from that was that i had become an embarrasment to them for still being in their property at an age I should be married. (they didnt say so, it was what i grabbed) My very youngest sister who looked up to me and hoped to also move back called to ask how my first day was...i was honest (we are brutally honest with one another)

I digress, soon after my dads commands and ignorig of my defence that a lady does not marry herself, my mum took me aside not to get upset or anything as all the plans were in place.

Soon after they left for their own one month vacay abroad.

Luckily enough during the day i had an offer from a dear old friend to Abuja. Now this is a friend of about a decade plus. Note: i dont have new friends per se, my friends are/were either from nursery, primary, secondary, uni or work establishment or were made and lasted for at the least 5years of happiness, fights, makeups, you know the drill *i hope*)

Anyway back to topic I got this wonderful offer for Abuja but also heard that my dear friend since 1991 had lost her dad.(She resides in Abuja. So I prepared to use the opportunity to visit her if my host had the spare time.

As I packed my bags to go on the trip, my dad called up and commanded i shouldnt leave the adopted daughter all by herself, I explained that the she will be just fine but my dear friend will not be and she needed me, someone who practically grew up with them in Reeve Road Ikoyi.

Besides I dont take deaths very well,I lost my grannny in 2008 and still havent gotten over it

Back to topic, My mum took over the phone and shouted that 20yrs friendship means nothing and so what, besides we are all irresponsible not being married at our ages, still living with parents or if not with parents living with no husbands. I was quiet during her rant. 1 Because i was gobsmacked that she couldnt epathise with a young bereaved girl nor understand why i would want to be with her, 2 because one of the promises she made that spurred me on to relocate was that this marriage pressure issue wont come up Anyway she finished and hung up on me, right on time as thge cabin crew said we should all switch off her phones, well I got my hanky out and for a 50minute journey wept for 40minutes.My weeping is just not to feel sorry for myself or something, you know the way some people break things in anger or hit people, well mine is weeping.

The ladies beside me overheard the conersation (as it consisted of shouting on their part anyway) and tried to console. Not to create a scene, I stopped weeping and got to Abuja. Finally saw my friend, at her largest she is a size 12, (american size 8) but is now between a british size 6 and 8 (is that size 4 and 2?) a shadow of herself. She was happy to see me even though I had not much to offer.

The whole incident with my parents made me feel terrible, again like I am an embarrasment to the family. A 23yr old came in to introduce her intended and at first i didnt want to join, why? first my dad will expect me to degwe for children but more importantly my dad might let it slip that i REFUSE to marry when younger girls are getting marrried so this child should come and let me know how she picked her man. etc etc.

Some other things happened in Abuja, i.e my friend, noticing how sad i was, then using what i had confided in him over the span of 13years to call me unpprintable descriptions..Thats a yarn for another day.

I still feel bad and wish i hadnt come (imagine its not even 2 weeks yet) I had no where to turn to hence i blogged. This isnt a pity party just an expression of my thoughts and iwill disable comments to prove that fact.. I feel so low right now, i am barely existing, My theory is God brought us all to give joy to our parents shouldnt God take those of us who have now suddenly become ostracised or like a pariah for being single? I mean take us away for not being the joy we were meant to be to out parents? Please He is fair, he should do this, pleaseee, living like this will be the slow but sure death of people like me.. 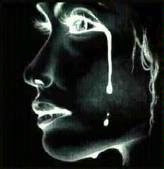 Note that I never had this feeling i mean NEVER EVER felt this way in London, No one told Cameron that at his age he is just having little kids nor told defined Obama by bus inabilities to have boys, Condoleeza Rice and Oprah Winfrey etc were not considered damnable to hades beacause they never got married nor had kids.Yet their charitable works have far more impact on children they could never have had in their biological time.. Ann-Widdecombe had a marvellous career in Politics and was not disprespected not disallowed tpo participate because she was single without child.

In these countries you were addressd politely no matter who you were and your achievements were celebrated no matter what your marital status is.

I gather now that it is a sin damnable to hell to be single at a matured age in barbaric Nigeria and I desperately want out of this..this is not living, this is mere exisiting
Posted by Mena UkodoisReady at 17:02